THE JADE CRYSTAL AND THE DRAGON GOD

What is this adventure about?

This adventure is about how a cosmic glitch sent a baby dinosaur named Tory soaring through time to the present where he learns that in the future dinosaurs are extinct. His quest leads him on various adventures as he deals with friendships and the value of loyalty.

In this sequel to THE ENCOUNTER, the unpredictable time portal sends him back to 564 BC where he meets Confucius, a young 13-year-old named Kong Qiu. Together with his tiny friend Sherlock they encounter several obstacles and a Dragon god.

It's all about connections and how we are all connected even in-between time.

Send your review of this book by clicking the text icon at the lower right hand corner of your screen. 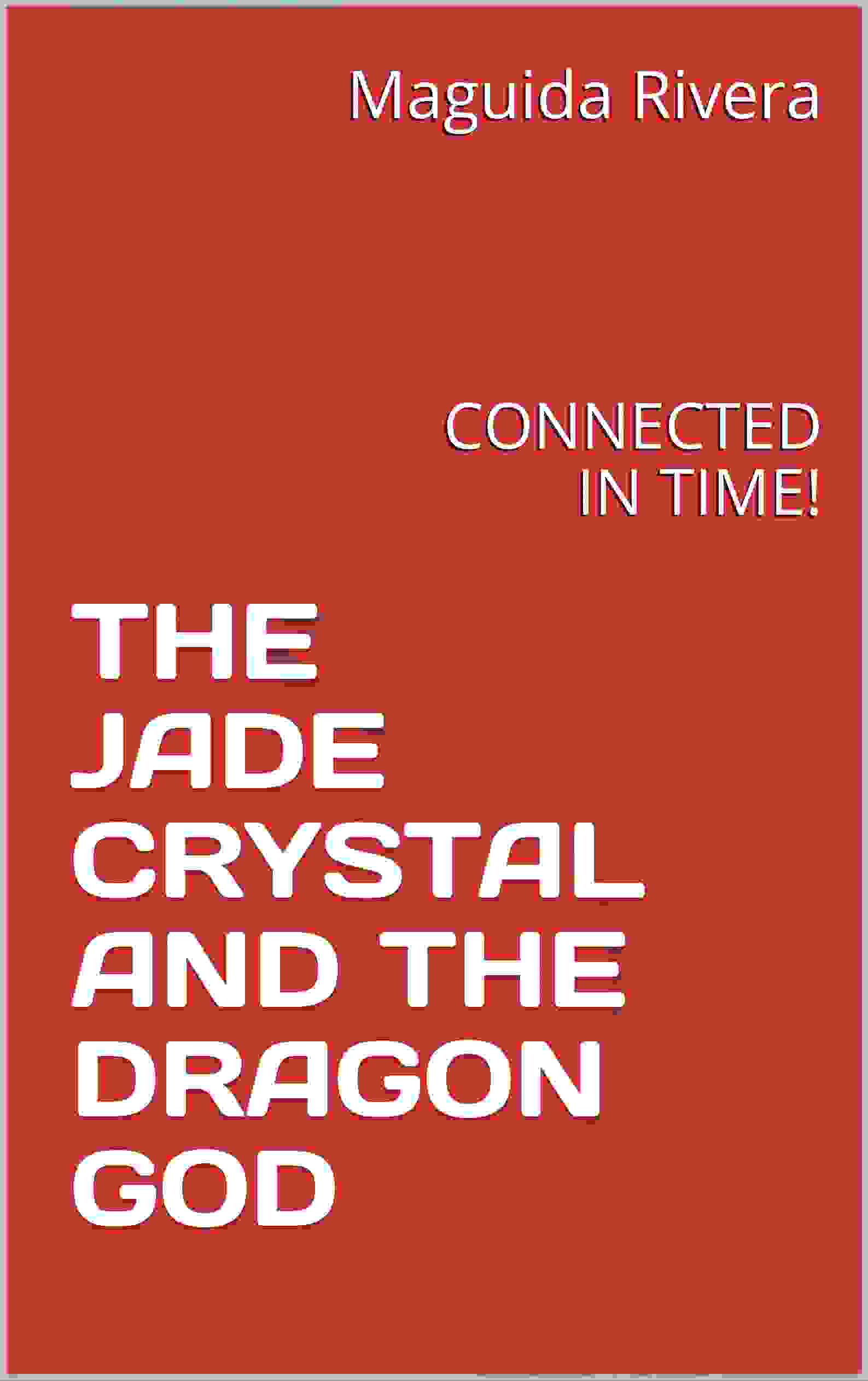 THE JADE CRYSTAL AND THE DRAGON GOD

They remained talking all night. Kong still couldn’t understand how a little girl was able to bring Tory from the beginning of time to the future. He patiently discussed with Tory different theories and was certain that the first step in unraveling this mystery was to ponder on why this was happening. The key started in the beginning when Tory and the girl named Rellie touch nose to nose. This triggered a truly remarkable cosmic chain of events. Kong contemplated the facts he learned from the travelers, this must have been triggered by the Gods and even though it makes no sense, he was convinced these incidents were all linked.

And in the group, Sherlock was talking with Yen, Kong’s mother about modern life in the future with its machines that help them not only with hard laborious tasks, they also created machines that think and calculate faster than a human.

Yen was amazed. Imagine machines that wash and dry clothes and big machines that plow fields. But what she couldn’t believe was that people travel in manmade birds called airplanes and that there are ships that have taken men to the moon and they have walked on its surface. Pure nonsense only the Gods travel through space, Sherlock must be embellishing just to impress us.

Then Yen proceeded to tell Tory and Sherlock about the legend of Mount Tai and how it is a ceremonial holy place where sacrifices to the Gods are made by Emperors and common people alike. The plateau of Lu is found on the mount near the village and the tallest peak is called the Jade Emperor’s Peak. There you can pay homage at the bottom of the mount to the God of Earth and at the top of the mount to the God of heaven. You can ask the God of the Heaven’s to reveal the powers of the jade crystal and guide you back to your proper place in time.

—Mother, I will guide them to Mount Tai and ask the Gods for help, but we must leave before the sun rises otherwise, Tory will be seen by the villagers.

The sun will rise soon. Both of you have been very kind to us. Now we need to search for the magic tunnel so we can be on our way to see Tory’s mother and then return to the future. Yen, thank you for the jade crystal, even though, we have no clue as to how to activate the gem to help us on our journey.  Besides, how is Tory going to carry the crystal? It’s obviously too heavy to hook with my dog tags? —said Sherlock in his Thinker mode.

—You’re right. I have no idea how the crystal is activated. Tory, I can stitch the pouch to a necklace so you can wear it around your neck. Both of you are in danger, you cannot stay here.  Kong will guide you to the mountains where you will be safe.

—Tory, I will help you figure out how to activate the stone —said Kong who had an unquenchable curiosity and a keen sense of logic.

Yen went to loop the pouch on a chain that had been a gift from Kong’s father. As she looked at the pouch, she felt an enormous sense of pride knowing that she had honored her father’s wishes.  She walked outside to the garden and hung the necklace with the pouch around Tory’s neck.

—Be careful to keep the crystal in the pouch. Such a valuable gem in plain sight might be reason enough for a zealous hunter to kill you.

Tory was overwhelmed with fear for the first time in his life.  This is not a game, now it is a matter of survival.  Sherlock noticed his friend was frozen with fear, so he moved ever so slightly so Tory could hear him. —Don’t forget you are not alone, I am here with you and we will leave this place alive, we must think as one.

With those words, Tory snapped out of his frozen state and put his fears behind him.  He asked Sherlock to climb on top of his head and he motioned to Kong to climb on his back, but Kong knew it would be better if he walked and led then out of the village to safety towards the dense forest.

Yen kissed her son goodbye and gave him food for their journey and a few pieces of jewelry to offer them to the Gods.

—Tory, my only treasure in this life is my son Kong, please don’t let any harm come to him, take good care of him and make sure my son returns to me.

Life has always been unpredictable thought Yen as she watched her son with the two animals from the heavens leave for the mountains. My little Kong is mature beyond his years, a sage in the body of a young man. I never thought about the danger till now or that it would be in my lifetime that the heavens would need our help. Fear set in her heart, this is a strange quest and Kong could be in danger for helping the two strangers from the heavens.

Love to hear from you!

You are welcome to critique the artworks or articles in this site.

Message us on WhatsApp

Love to hear from you!